Time and time again, we see the results from video questionnaires and feedback outperform the same process conducted as a written survey. The results are more reliable, more honest, and far more engaging.

We all read & interpret facial expression thousands of times a day, and our subconscious brains use these visual cues as their primary form of communication. Think about it, when someone says “I love you” - we judge their sincerity by looking into their eyes; when we meet someone new, regardless of the words they speak, we instinctively know if they like us, how happy they are, or even if they are telling the truth.

It’s commonly quoted that only 10% of communication is actually based on the words we use, and yet written feedback & research is used for the majority of business decisions. Even if we double this, you wouldn't make a personal investment decision with only 20% of the data, so why would you make major business decisions with similar numbers?

So how important is visual communication, what are we missing out on when we neglect to capture this, and how can we interpret visual cues to make better decisions?

The social ape: Our evolution as visual communicators 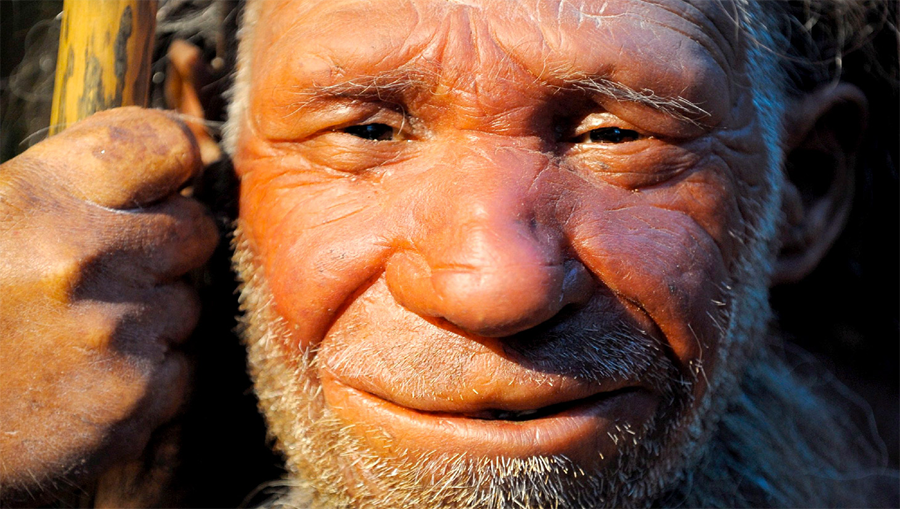 To understand just how important visual communication is to us as a species, it helps to understand that humans evolved as visual & tonal communicators long before we developed the capabilities for structured language. Charles Darwin first proposed the evolution of facial expression in his book “The Expression of the Emotions of Man and Animals” published in 1872, and it is widely believed that facial expression developed from non-communicative adaptive functions.

For example, the widening of the eyes which we associate with fear, has been shown to increase the speed of eye movement and increase field of vision - both of which help to find and follow threats. Over time, as we evolved socially, these functional adaptations became increasingly distinctive & exaggerated as they were used to warn others of potential threats, and eventually became used primarily as a communicative function.

In response, we evolved to read the displays of others as well, and thus we have emotive intelligence, compassion and two way communication.

Other examples of emotional evolution

Fast forward to the present, and we all display & read emotional states via facial expressions, body language and gestures in every interaction we conduct. Part of this communication is nurtured; Infants learn to comprehend facial expression as social cues before they develop language - as early as 7 months old. This is especially true for gestures and body language, and explains why different cultures will utilise different displays for agreement, submission, respect.

However, studies are increasingly showing that much of this communication ability is in fact hardwired into our brains, and explains how many displays are universal, independent of culture or influence. It is estimated that human beings are capable of making over 10,000 facial expressions; of which 3,000 are relevant to emotion.

This may seem an incredibly large number to decipher, but we've be training our brains to do this since the day we were born. Combine these expressions with body language, gestures, tone of voice and the words we speak, interpreting the emotive states of others on video is easy. All we have to do is watch, and trust our instincts.

That said, there are 5 elements to visual communication, and by being actively aware of these when viewing video feedback will give you a higher chance of uncovering those key strategic insights:

The 5 elements of visual communication.

Religions have forever held the eyes in reverence, the holders of truth, and research has shown that the eyes are indeed the primary part of our face to betray true emotions.

If you have 2 minutes, you can see just how powerful your ability to read emotions from eyes alone by taking the Well Quiz, developed by Simon Baron-Cohen. Verbate team scores ranged from 26 to 32.

Pay attention to when a respondent looks away: When recording video, respondents look away when:

Interestingly, research has shown that during face to face interviews, individuals may also look away due to shyness, respect (for instance in Eastern cultures) or insecurity, whereas when recording on video, this bias is removed.

Doherty-Sneddon, G., & Phelps, F.G. (2005). Gaze aversion: A response to cognitive or social difficulty? Memory & Cognition, 33(4), 727-733. This is even more apparent when using Smartphones - as these have become a personal extension

Humans are the only animal with their lips turned outside the mouth, and this adaptation has evolved to support our communicative needs - expressions such as smiling and pouting, talking, and of course, kissing.

The 6 universal expressions shown through the mouth (in between speaking) are:

These are extremes of course, and other subtleties can be observed such as licking of lips for nervousness, pressing of lips for thought, laughter etc.

Such a key part of communication that is overlooked when gathering written feedback is picking up on what people don’t say, the pauses, the stutters, the hesitations. This is a stark contrast to writing, which lends itself to pre-meditation and error checking of thoughts, meaning respondents phrase responses as they believe they should, not how they would. In speech, we pause and hesitate an awful lot.

According to the Oxford English Dictionary, the speech hesitation "hum" goes at least as far back as 1469. There are two main reasons for pauses:

Difficulty with answers - We see this a lot in feedback on brand communication. Ask 100 random consumers what a complex brand such as Hyundai stands for, vs a more universal brand such as Nike, we would see far more hesitation and pauses. If your customers or team stumble with your messaging, it may be time to re-address your strategy.

Sugar coating - Customers or team often “sugarcoat” the truth due to fear of causing discord, or just because they are being nice. Uncovering this in feedback is key, as you want the hard truth to really make better decisions. Look for hesitation and sudden pauses as clues to when this may be happening.

Gestures are a communication element gathered through nature, that is, picked up subconsciously from our cultural influence. Some of us are more expressive than others, though there are some general rules for interpretation:

Level of animation: Movement accompanies passion, and an increase in gestures therefore accompany topics that individual feels more strongly about. Pay attention to these increases, when your team / customer feels strongly about something, you should too.

Subconscious hand placement: Not an exact science, but research points towards the following:

A microexpression is a brief, involuntary facial expression shown on the face of humans according to emotions experienced. They usually occur in high-stakes situations, where people have something to lose or gain.

Hard to spot and interpret, our advice here would be to simply take notice of any unusual behaviour. To see this in action, take Millward Brown’s Facial coding demo

Ok so this is not an expression - I just want to bring your attention when watching video, that tone of voice is the third element to pay attention to (as much at 38% of communication), with expression and words. The tone of voice involves changes in pitch, volume, timbre, speech rate and pauses. Understanding a persons emotive state from their tone of voice is know as Emotional Prosody. Generally extreme emotions are the easiest to pick up such as Anger, Disgust, Fear and Sadness.

There are lots of nuances, subtleties and science behind how to interpret visual communication, but you really don't need to be an expert to get started.

Video gives you thousands of individual frames of visual communication supported with tonal definition and beautiful conversational language, more than enough for your lifelong trained subconscious to select, and interpret what your respondents are telling you to a higher degree of accuracy than any other method. We've seen this work time and time again in every industry from fashion to finance.

If this area inspires you, then there is a wonderful short piece of reading by Malcolm Gladwell, one of the best writers in this space, entitled “The Naked Face”. Malcolm introduces a few stories where trusting this ability to read faces has saved lives and moved mountains.