Ever argued with your better half and wondered why you both have such different recolllections of a past event? Deep down you know that your version is the truth…..or is it?

We are unfortunately not nearly as good at recollection as we like to believe. As Elizabeth Loftus’s says in her Ted talk on false memories(find this at the bottom of the post): “We can’t reliably distinguish true memories from false memories,”

Yet, much of the research we conduct day to day relies upon recollection of events, feelings, and interactions in order to respond to questions. Survey monkey have shown that surveys are answered when people have time - not when they are most relevant.

The accessibility of memory and facts, decrease predictably, and exponentially over time. Hwemann Ebbinghaus, a German psychologist, tested his memory over time by trying to remember meaningless syllables, such as “CYB”, “SEH”, etc. He discovered that information is forgotten exponentially, more than 50% in under an hour.

Considerations for insight: Make sure that action specific research (such as purchase behaviour) is conducted as close to, if not at, the moment of truth. Talk to purchasers as they stand in the shopping isles & consumers as they actually use your product.

If you’re like me, you often times get those mini-heart attacks when you don’t find your phone in the pocket.

Fergus and Robert discovered that the “level-of-processing” which describes recollection of a memory is a function of the depth of mental processing. That is, if you listen to information (shallow processing) your mind will store a fleeting memory which is susceptible to omission. Conversely, if you understand the essence of words i.e. by teaching (deep processing) these past moments are more durable. 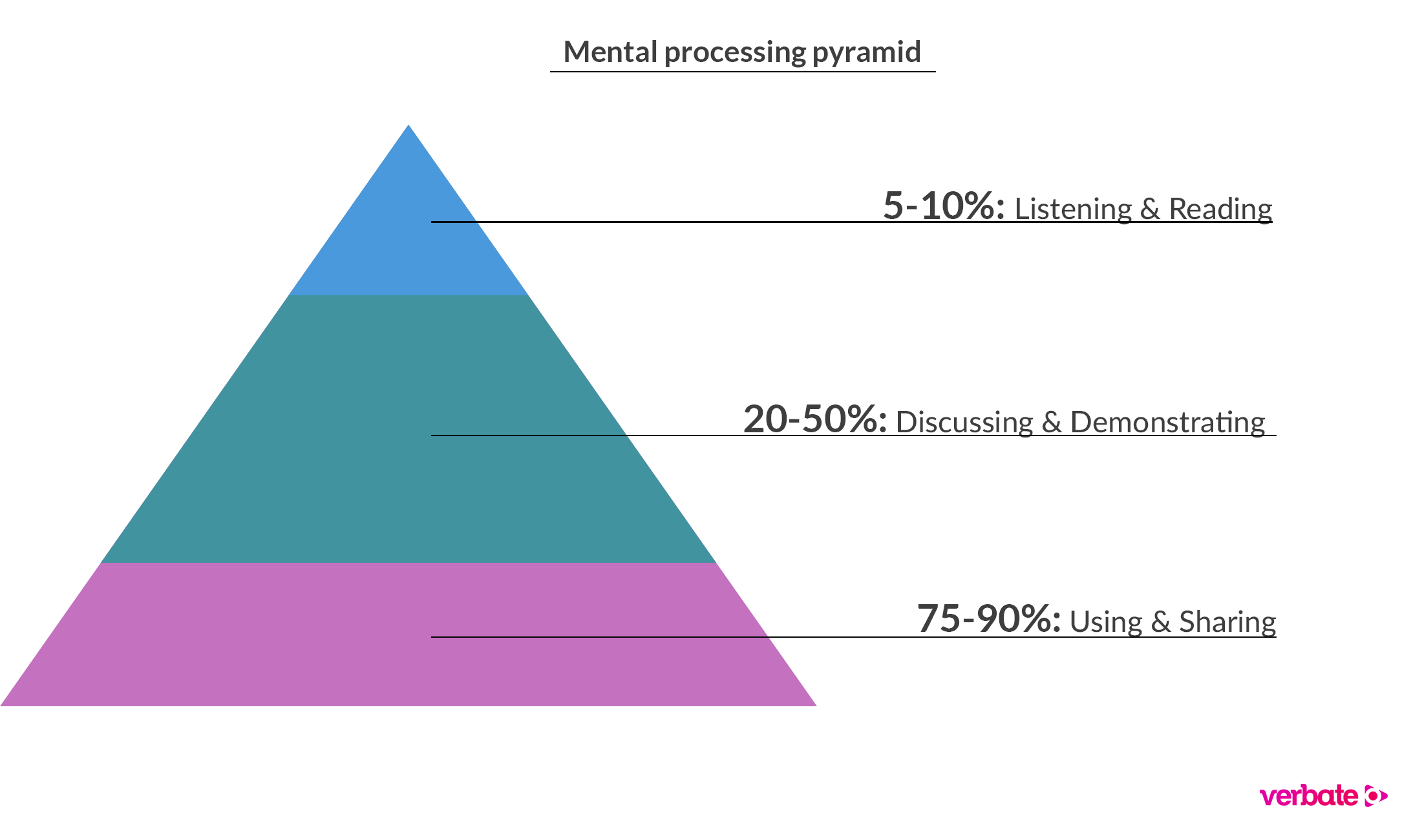 Considerations for insight: Consider this in Brand recollection. We recently helped on a piece for a major transport company, where 20 people were asked to name all the transport brands they could think of. 90% did not mention the brand in question

We then asked these 20 people, if they had in fact heard of X brand. 90% had. This piece of simple, but powerful insight video was key to a rebrand underway.

When your brain fanatically searches for someones name and it’s right there on the tip of your tongue….but just won't come. When people are unable to elicit stored memory when asked, they’re experiencing a retrieval block, often remembering similar but incorrect pieces of information.

Considerations for insight: Blocking is difficult to avoid, though video will capture the emotions through expression and tone of voice, even if words don’t come naturally.

A very common recollection failure is attributing an event or an idea with a source different to the original.

In 1975, an Australian psychologist, Donald M. Thompson, was accused of raping a woman and leaving her unconscious. However, his alibi, the current assistant commissioner of police, testified that the professor was on a TV Broadcast. It seemed that the victim had been watching Thomson on television just prior to being attacked. She had then confused his face with that of her attacker.

Another interesting consequence of misattribution might be déjà vu experiences. Dr. Michio Kaku,provides two possible explanations of déjà vu in this video, misattribution, or parallel universes (that just went from 0 to 100 pretty quick).

Considerations for insight: Many brands and experiences can be similar, so be sure respondents are recollecting the correct brand experience. We have seen this multiple times in FMCG, where respondents confuse a brand they are talking about with the one they are often holding (in the case of FMCG).

The easiest way to understand suggestibility is to consider how hypnotists can plant incredible false memories into people's heads, such as the “lost in the mall” technique. One of the important things to note about these false memories is that they produce vivid visual images.

Considerations for insight: Advertising can, and does create false memories by reinforcing favourable experiences with brands. This is great for brand recognition, but not necessarily the actual experience.

Storage and retrieval of memories are highly dependent on pre-existing knowledge and beliefs and are being constantly affected by present mood and emotional state.

An experiment conducted by Gregory B. Markus of University of Michigan asked people, their views on an array of social issues, including legalization of marijuana, equality for women, and minority provisions.

9 years later, the respondents were asked their same opinions - half were re-shown their original answers, half were not. Those shown original answers gave responses far closer to the original points of view (see phsycological biases to commitment & consistency) Robert Cialdini

Considerations for insight: Oh so many. In terms of research, be aware how much of an impact time and place makes on answers. When at point of purchase in the mall, we are biased by mood, advertisements, display, time of day and more.

Persistence (or if you want to sound way more cleverer….the hyperaccessibilty of suppressed thoughts) occur when recalling negative past events and experiences, and how different people reflect upon these. For instance, its been shown that people with depression tend to remember more negative autobiographical moments and interactions than positive people.

As Daniel M. Wegner and Ralph Erber put it, “The thoughts people are most desperate to suppress can come to mind at precisely at the point of highest stress and produce the very thought and behaviour that the suppression was enlisted to avoid.”

Considerations for insight: Understand that different personality types will recall different percentages of positive and or negativity. At the moment of truth however, emotion is hard to hide on camera.

Focus on the moment

Think "Moment of truth" and seek to conduct your research around this. If using video, ask respondents to go shopping on camera, visiting bars and try samples. We guarantee the quality of insight you get at these moments will be rewarding.